Are bots ready to be bankers?

Simon Cadbury, head of strategy & innovation, ieDigital, looks at the potential of artificial intelligence (AI) in the financial services industry. 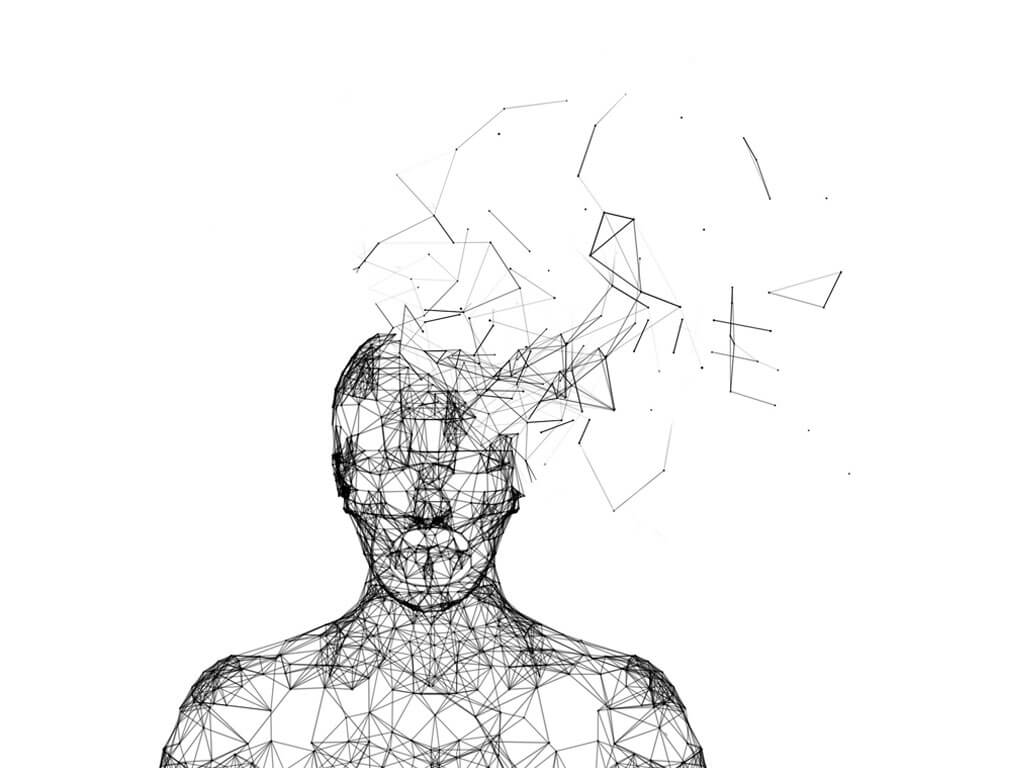 Imagine that you could contact your bank and get through straight away without proving who you are or listening to a menu of options, and without ever being told that “all of our operators are busy right now”.

Imagine that you always get through to the same personal banker, instantly. And it doesn’t matter if you’re picking up the phone, typing into WhatsApp or speaking to Siri, your personal banker knows it’s you, has perfect recall of everything you’ve ever spoken about and has learned to predict your wants and needs so well that they know them almost before you do.

Imagine that your interactions with your bank were woven so tightly into the fabric of your daily life in your apps, digital wallets, maps, calendars, personal assistants and messaging apps that your bank starts to become invisible – you don’t ever need to talk to the bank’s branch staff or even visit its website.

Imagine, in other words, that robots – bots for short – are bankers.

Chatbots are intelligent computer programs that can take part in meaningful conversations with people. They’re often designed to simulate the way humans converse. By using technologies such as AI (artificial intelligence) and Natural Language Processing (NLP), they can learn from us, interpret what we want, and respond in a way that’s natural and appealing.

In 1950, Alan Turing anticipated the rise of AI with his Turing test. It imagined a conversation between a computer and human, and declared that if the human couldn’t tell if they were talking to a computer, then it must be exhibiting intelligent behavior. The Turing test was declared “passed for the first time” in 2014.

Chat and instant messaging is incredibly popular. About 2.5 billion of us have at least one messaging app installed on our smartphones, and on average we’re spending 20 minutes more on messaging each day than on social networks. Live chat also has the highest satisfaction levels for any customer service channel, at nearly 75%. Instant messaging is also the perfect format for companies testing the waters with bots and artificial intelligence, because conversations are relatively simple and quite structured.

The next few years is likely to see a boom in the use of chatbots in commerce, and Gartner predicts that by 2020 autonomous software agents will participate in 5% of all economic transactions. Bank of America Merrill Lynch believes that the market value for AI-based systems will hit $70bn by 2020, with IDC predicting the banking and retail sectors to be the biggest investors.

Tech giants Google, Apple, Facebook, Amazon and Microsoft have all opened up their platforms to third-party chatbot services, and bots are already at the core of some companies’ business models. In China, consumers can talk to chatbots on WeChat, ready to take on a myriad of tasks, from booking a doctor’s appointment (and the cab to take them there) to ordering a coffee or paying a water bill. Bots on Facebook’s Messenger will happily arrange your Uber ride, connect you to over 100,000 doctors via HealthTap, or order your dinner from Pizza Hut.

Unfortunately, some of the most effective bot deployments seen so far have also been the most disturbing. Research by Wired magazine concluded that, during the 2016 US presidential election, about 20% of tweets were generated by bots that were spreading “rumours, conspiracy theories or misinformation … and having their tweets retweeted by thousands of humans”. Their output could easily have been mistaken for grass roots support, and may even have influenced voter turnout in some areas.

And remember Ashley Madison, the website for would-be adulterers that was hacked in 2015? Research conducted after the hack revealed that most of the site’s female customers were actually bots. Ashley Madison’s 70,000 fake females were so successful at stringing along male customers that 80% of initial purchases were made by men trying to communicate with one of its bots.

The last few years have seen a step change in the sophistication and scale of bot use across the financial services industry. Virtual agents that use natural language processing and machine learning to understand and answer customers’ questions have begun to appear, with RBS, NatWest and the Swedish SEB banking group all deploying bots based on IBM’s Watson technology. Deploying these AI bots creates a number of opportunities:

Financial services companies are applying AI in intelligent chatbots, and have deployed some eye-catching examples:

If you want insight into the greatest adoption of bots, you need to look at WeChat, a messaging and call platform with 650 million active users that’s become many consumers’ primary means of connecting to a wide range of online and digital services. Millions of companies are present on WeChat, and banks are right in the thick of it: Bank of China, China Construction Bank, and China Merchants Bank are just three of the many banks that have deployed chatbots on WeChat.

At the 2016 Money2020 event, Bank of America unveiled smart chatbot Erica, which is said to make use of AI, predictive analytics and cognitive messaging, helping customers make payments, check their balances and even offer advice on saving money and reducing debt by directing users towards educational videos and articles.

In March 2016, Amazon and Capital One announced that customers can now pay their bills simply by talking to a bot running on Alexa, Amazon’s intelligent personal assistant on its Echo device.

Mastercard Labs is partnered with Kasisto, creator of “conversational AI platform” KAI, to create a bot for banks that will launch in 2017, providing a way for consumers to shop and transact in Facebook Messenger, and pay using Masterpass.

Bots aren’t just virtual. India’s City Union Bank launched Lakshmi in November 2016, a robot for handling customer enquiries inside branches. If the robot proves popular, the company plans to install it in as many as 30 branches.

In 2016 in the US, Facebook rolled out a native payment solution that allows third party merchants to accept PayPal payments in their Facebook Messenger bots. Customers are able to make payments in Messenger, link their PayPal accounts to their Facebook accounts, and receive receipts via Messenger. As an early pilot of this capability, PayPal’s Braintree partnered with Facebook and Uber in December 2015 to allow users to hail and pay for an Uber ride from Messenger.

Banks have many reasons to love the idea of bots, but do customers want them? One of the key obstacles to acceptance that banks need to overcome is that the current generation of chatbots often disappoints:

There are some broader issues of trust to consider, too. There are genuine fears that AI could lead to mass unemployment among the semi-skilled labor force. According to Professor Moshe Vardi of Rice University, robots will have taken over most jobs within 30 years, leaving humanity facing its “biggest challenge ever” to find meaning in life when work is no longer necessary.

“The number of branches and people employed in the financial services sector may decline by as much as 50% over the next 10 years.” — Antony Jenkins, former CEO of Barclays.

It’s possible that by the time banks develop bots that are good enough to replace humans, they will have customers who don’t want them (a survey by Sky News revealed that more than six out of 10 people in the UK think the government should step in to protect jobs).

There’s also the possibility that as bots get closer to mimicking humans, they’ll actually become less appealing to us – a phenomenon known as the ‘uncanny valley’.

Whether customers want or accept bots will probably come down to trust. And while it’s unlikely that AI is going to start experiencing feelings any time soon, the Turing test teaches us that it doesn’t have to, but it will need to learn how to fake them.

Will AI be given time to learn?

The strength of AI comes from its ability to learn, and some gremlins can be addressed through practice. Robots can learn colloquialisms and spot spelling mistakes and poor grammar by watching humans process enquiries, for example.

There are risks to letting bots learn in public too, as Microsoft learned when it had to withdraw its fake millennial Twitter bot Tay after just 16 hours! Tay learned the wrong things from the wrong people and embarked on a tirade of offensive, profanity laden racist and sexists tweets.

Until financial services organizations have trained their bots sufficiently, they may have to incentivize users or have human staff on hand, ready to step in and take over. A few banks are currently walking their infant AIs through their first steps:

In the not-too-distant future, banking and banks themselves could become invisible to the customer. Digital assistants such as Apple’s Siri, Google’s Assist and Amazon Echo offer new ways to reach customers, but their interfaces put a veil between banks and their customers. Banks must be aware of the potential cost to their brands. Even if we communicate with our banks directly on Messenger, or some other chat interface, we won’t be talking to our bank’s branch staff, call centers or sales reps, and the bank’s footprint will be no more than a logo presented on somebody else’s platform.

Financial institutions have to go to their customers or risk losing out to competitors who will. Cyberspace is the new high street, and being present means being on the web, on smartphones and, increasingly, on messaging apps. Organizations aiming to survive digital disruption need a plan for how they will engage with customers through conversational channels such as WhatsApp and Facebook Messenger, and how they will scale to provide a service to users expecting an instant response.

Chatbot technology is still developing, but is mature enough to be used in real-world applications. Now is the time to figure out how to leverage the technology to engage and serve your customers. In doing so, you should:

In small numbers, on messaging apps and digital assistants, bots are already bankers. Their number is growing. And while their success isn’t assured, Moore’s Law and the commodification of AI technology make it more likely than not.

Machine learning will allow banks and financial services companies to cut costs and scale up to offer customers a personalized and always-on service wherever they are. Chatbots will never be a standalone solution to business challenges, but rather one part of the digital customer journey.

Just as banks adapted to technological shifts by making themselves available over the phone, on the internet and on our smartphones, they must now add chat and messaging to their digital banking strategy.

The bots are ready. Are you?