What can we learn about best practice from EU colleagues?

Simon Cadbury examines the key areas of European banking excellence, and whether innovation in digital banking alone is the key to success. 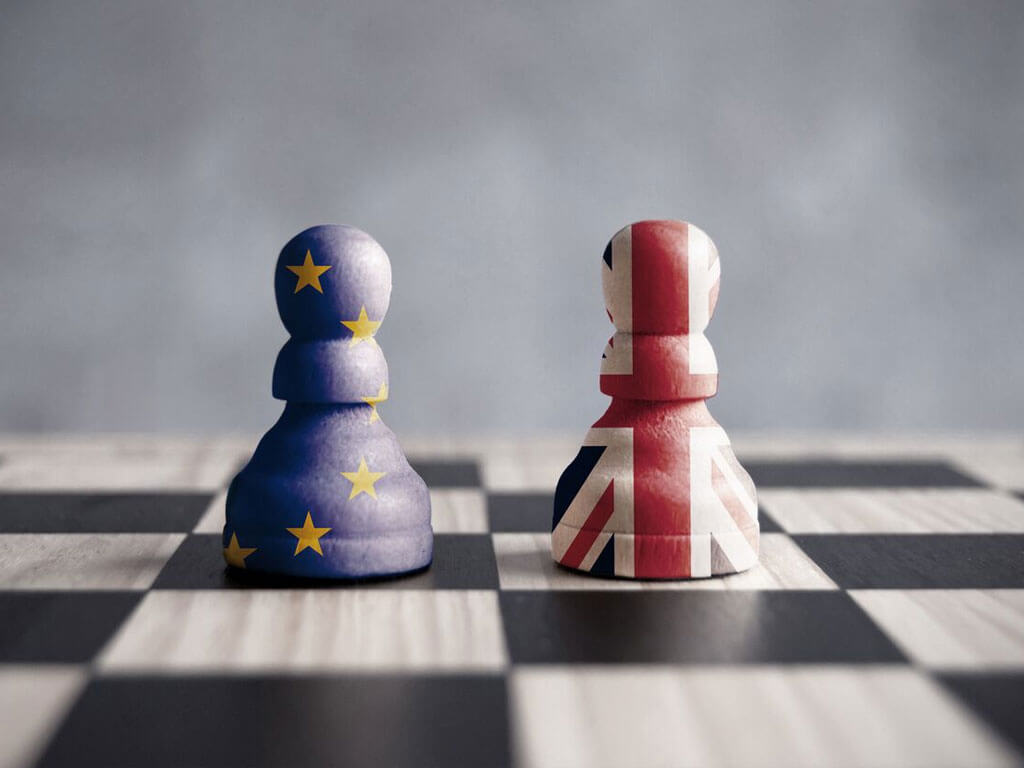 The UK has a vibrant and innovative digital banking sector, but it’s in the pack rather than leading. Across Europe, incumbents and upstarts alike continue to raise the bar when it comes to innovation. The vibrancy of the continent’s digital banking is evidenced by the Forrester 2015 Global Mobile Banking Functionality Benchmark, with five of the top 10 places taken by European players. The top spot was taken by Spain’s CaixaBank, and it was joined in the top 10 by two banks from Poland and one from Turkey. One British bank made the top 10.

What this indicates is that no one country is leading outright. The various demographic, regulatory and market conditions across Europe create a very different environment, for companies and their customers, in each country.

The UK, which many argue is the heart of the European financial services industry, leads when it comes to online banking adoption. Germany also has high levels of online banking adoption, but it’s combined with relatively low branch and mobile usage. Meanwhile, in Spain – home to two of Europe’s most innovative banks, BBVA and CaixaBank – the population remains firmly wedded to its branches.

In this article, we’ll explore what’s happening across Europe, why it’s happening, and what UK financial institutions can learn from it.

The areas of excellence and innovation seen in banks across and beyond Europe are broad, covering everything from customer experience to social media. Here, we highlight some of the most interesting and important developments.

Delivering the best possible digital customer journey is central to the success of digital banking, and across the continent banks are constantly refining their products, apps and websites. The bolder banks are starting to move beyond traditional ways of working and starting to tackle the more fundamental obstacles to full digitization. In Spain, BBVA is taking on one of the last vestiges of paper-based banking with remote signatures; legal signatures that can be applied to digital bank documents from anywhere, via the bank’s mobile app or website.

Poland’s mBank has made traditionally complicated products simple enough to fit into a mobile-first strategy: its one-click 30-second loan provides customers with near immediate access to funds via their smartphone, for example. And, after years of being the next big thing, biometrics is finally a viable option for authentication. In the UK, Barclays’ customers can authenticate themselves with finger vein recognition, NatWest and RBS customers via the iPhone’s Touch ID fingerprint sensor, and HSBC is rolling out voice authentication for all its 15 million retail customers. Digital-only Atom Bank plans to let customers choose how to log in via one of three identity credentials (face, voice and passcode).

Digital banking is changing physical branches across Europe, too. In France, BNP Paribas is stratifying its network into three layouts: Express, Advice and Projects. Each is aimed at maximizing customer satisfaction in a different range of scenarios, from self-service in the Express branch to expert consultation in the Project.

In a similar vein, PKO – owner of a network of 2,000 branches across Poland – is pursuing an omni-channel strategy that will see the three-story branches built in the 1960s and 70s replaced by two to three smaller branches. In part, PKO is responding to relentless innovation by local competitor mBank, which is pursuing a ‘light branch’ concept. The unapologetically digital light branches feature large movement and touch-responsive screens, and are sited in high consumer traffic areas such as malls, and are modeled on boutiques rather than banks.

Spain’s CaixaBank is so mobile-focused that it now has over 70 apps (available from its own app store, CaixaMóvil Store.) The bank also has a digital wallet integrated into its mobile banking app, which lets customers make contactless payments with their phones.

In Poland, mBank is thinking big and pivoting to a modern mobile-first strategy, making its mobile app the preferred gateway to all banking channels.

When it comes to social media, German bank Fidor is leading the way. It has built a community of about 250,000 users called the Fidor Smart Community. The bank invites prospects to ‘bank with friends’ and gives members financial rewards for giving and receiving knowledgeable financial advice, as well as evaluating and reviewing the financial products and services they’re interested in. Its current account offers tiered interest rates on credit balances based on the number of ‘likes’ Fidor receives on Facebook.

With over 50 million cards issued, and Apple Pay already rolled out, the UK is leading the way in deploying contactless payments, but it’s the Czechs and Poles using it the most. Mastercard reports that, in 2015, 77% of in-store transactions in the Czech Republic, and 55% in Poland, were contactless (though neither are subject to the £30 cap applicable in the UK).

The UK is also leading in Europe on peer-to-peer payments (such as Paym and Barclays’s Pingit), in part thanks to its pioneering investment in Faster Payments, but adoption is nowhere near that of services seen in the developing world, such as mPesa.

P2P payments are also a feature of Blik, a Polish mobile payment system developed by PKO, but then shared with its five largest competitors: Alior Bank, Bank Millennium, Bank Azchodni WBK, mBank and ING Bank. Blik makes it available to 80% of the market, avoiding fragmentation and establishing a de-facto standard.

Outside of Europe, Australia, New Zealand, Canada and the US stand out as hotbeds of digital banking innovation. In the US, where checks remain stubbornly popular, USAA bank was the first to deliver remote check deposits via smartphones – a move since copied by US giants such as Bank of America, Citibank, Chase and Wells Fargo.

Australasia is pioneering lifestyle apps such as CommBank’s Property App, smartphone software that can help you find a home, work out if you can afford it, and help you apply for a loan.

And in New Zealand, WestPac has released an augmented reality app that superimposes 3D balances, transaction history, spend locations and other information onto your cards when you point your smartphone’s camera at it. The concept was the winner in the bank’s recent crowdsourced Global App Challenge competition.

Variations in demographics, competition, government regulation, access to talent and even luck can create different environments in which different levels and types of innovation are successful. Disruptive innovation can trigger a virtuous loop; if one bank innovates, then competitors respond in kind. This can lead to different countries specializing in particular types of innovation.

In other markets, environmental factors play a bigger part. Recent challenger banks have struggled to grow beyond 100,000 customers and match the success of mBank. Jacek Iljin, mBank’s managing director of retail banking, attributes the bank’s success in part to the favorable conditions in the Polish market when it started in 2000; interest rates and margins were high and there were “a significant number of unbanked and under-banked individuals”. The technology of the time was advanced enough to provide digital banking, but (according to Iljin) simple enough that “you could buy a banking system and have it up and running in 100 days”.

Similar conditions exist today in Turkey, and banks such as ABank are looking to demographics to give them escape velocity. Half the population is under 25, the average age is 21 and, according to ABank’s Ahmet Ertan Algan, they’re tech savvy and demanding innovation.

Across Europe, banks in mature markets are changing their culture to enhance their ability to innovate and take advantage of new opportunities, with Spain in particular playing host to a variety of different strategies:

When it comes to fintech, it seems European eyes are trained on London and the disruptive potential of its startups. Technologies such as blockchain, and new regulations such as PSD2, are years from playing a significant role in retail banking, but when they do they just might turn it upside down.

Jakub Grzechnik, head of mobile and internet banking at PKO, is deeply concerned that if they don’t move fast enough, “We’ll be left with costs while the profitable areas are taken up by fintech providers”. His bank is betting on creating a customer experience that’s good enough to stop customers looking elsewhere.

Others are looking to embrace the potential for disruption. Turkey’s ABank is “planning to open our systems to third parties”, while the UK’s Starling is planning to partner with fintech companies and integrate the best of its services into its own offerings, alongside its current accounts.

Other early examples of bank/fintech partnerships include:

The pace of change in digital banking technology is relentless, and it’s easy to find competitors or peers who are piloting, prototyping or rolling out something you are not, but an advantage in innovation doesn’t always translate to a commercial advantage.

Poland’s mBank is a successful digital bank and a multi-award-winning innovator, but the much older (and more traditional) PKO remains Poland’s favorite bank. PKO isn’t as agile or innovative as its smaller rival, but it is it seems innovating enough even for a youthful and expanding market.

PKO is an unashamed copier of good ideas, a strategy known as ‘fast follower’ that, according to Gregory Carpenter from the Kellogg School of Management, can suit companies that are agile enough to do it and have deeper pockets than their upstart rivals:

“A lot of times, pioneers aren’t very well funded … They create a competitive game … competitors enter quickly and, with more resources, are able to win the game that the pioneer has created.”

There are organizations pushing the envelope all over Europe, but no one European market leads. Banks are watching each other (and increasingly watching technology companies outside of banking) for ideas and innovations. In today’s fast-moving environments, the benefit of being a first mover is often short-lived.

The different environments in each market trigger different types of innovation, so while there’s plenty of inspiration to be had, banks must be mindful of the conditions that made them possible – innovations do not always travel.

More significant than any one innovation, product or feature is the way banks themselves are embracing digital. The only way for traditional banks to stay on top is to embed digital from the ground up. They need an organizational structure, culture, technological architecture and appropriate KPIs that embrace digital. Only then can they call themselves a truly digital business, and more importantly be well positioned in a battle that’s set to get bloodier.