Simon Cadbury looks at use cases for game-changing AI in financial services, and suggests it’s time to place your trust in its power and potential.

Simon Cadbury looks at use cases for game-changing AI in financial services, and suggests it’s time to place your trust in its power and potential. 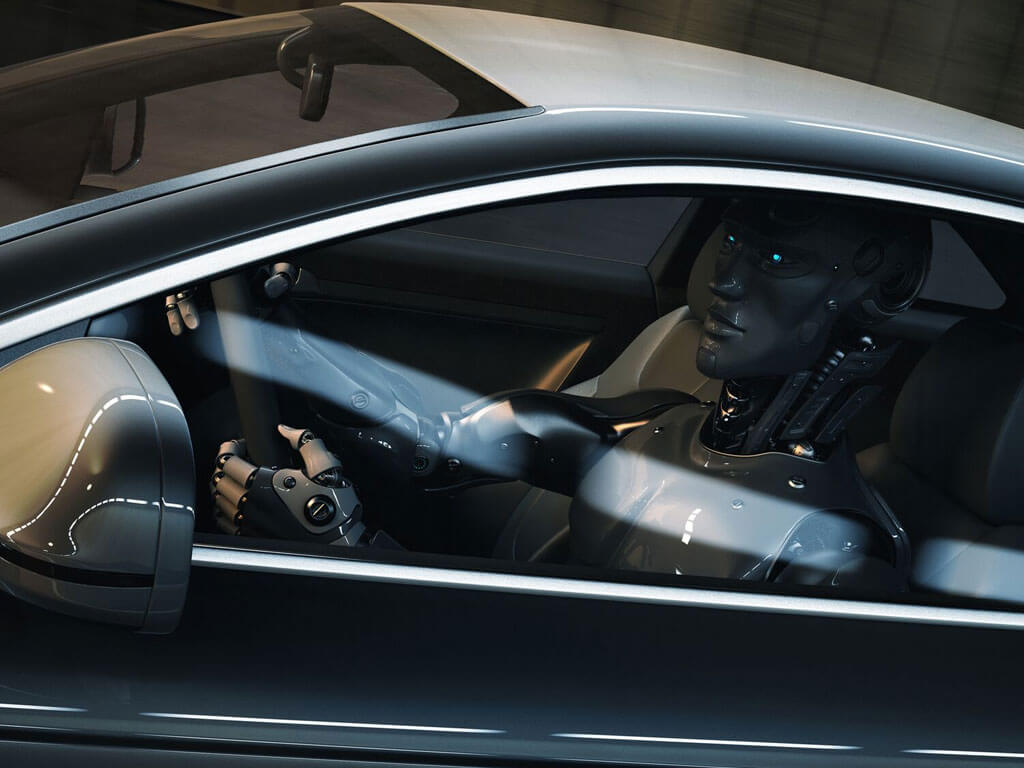 We are in the midst of AI hype. The mind-blowing possibilities of the technology has attracted all sorts of predictions, from the naysayers who predict we will all lose our jobs, to the optimists who believe AI will solve all of the world’s ills. The reality is that no one can really predict the future.

Human ingenuity is something that continues to amaze us all, with insight and genius from all corners of intellectual greatness – Einstein, Orwell, Jobs, and so on – yet we can never predict how humans will react, hence adopt. There are many use cases of AI in financial services. This paper will focus on five.

I hope these five examples of how AI is changing motor finance software are inspiring, because they’re real!

The computer says no! Some people believe that machines are better than humans at granting loans. A survey by US lender Fannie Mae found that 63% of mortgage lenders are familiar with AI technology, 27% were using mortgage software AI tools for their mortgage business, and 58% expect to adopt AI solutions within two years. Wells Fargo has used AI to reduce “what was as much as an eight-week process of back-and-forth document requests” to now happening “in near real-time”. Not only are AI tools improving the process, but also the addressable market.

Artificial intelligence and machine learning are offering lenders new insight into borrowers with thin credit files. Aire, for example, adds a new layer of information to traditional credit bureau data. The company says its credit risk analysis gives lenders access to a new pool of “thin-file borrowers”, resulting in credit approvals growing by up to 14% on average, without increasing risk exposure. Aire is already working with P2P lender Zopa and Toyota Financial Services, as well as a range of credit card companies. While ZestFinance is working on a similar project with Ford Motor Credit in the US.

Others look at a potential applicants’ entire digital footprint, including social media account use, internet browsing, geolocation data and other smartphone information, to determine creditworthiness. A machine learning algorithm turns all this data into a credit score.

Gartner estimates that, by 2022, 72% of customer interactions will involve an emerging technology such as machine-learning applications, chatbots or mobile messaging. Machine learning combined with natural language processing now make it possible for AI (whether chatbots, enhanced phone support, and self-service interfaces) to undertake most of the functions of a human agent. This will have a huge impact on the 4% (734,000 – a third in the financial services sector) of Brits working in one of 6,200 contact centres. Some will be redeployed to the more complex interactions that bots cannot do. Others will be replaced by technology, which claims to offer faster customer interaction, the elimination of human error and bias, as well as richer data and understanding of customer needs.

And it’s not just the telephony channel that’s impacted. MUFG Bank has two-foot-tall robots to greet customers and channel their enquiries, while UBS has digitally cloned its chief economist using IBM Watson technology, to interact with clients.

Smart assistants such as Amazon Alexa have demonstrated incredible growth. Despite this, we’ve yet to reach a tipping point. At the turn of 2018, Gartner predicted that 50% of searches will be carried out by voice technology “by 2020”. It’s an optimistic prediction, but Gartner is perhaps equally right to predict that adoption could be rapid.

While there is some overlap with regards to upgrading the call centre (see above), AI can provide a conversational, hence more humane and motivational, experience for customers in debt. This is a perfect example of how technology can lead to better outcomes for those who need it most. Talking to a bot removes the fear of judgement that often stops customers wanting to discuss debt with another human.

Not only that, debt collection software can offer a compliant and fully auditable record of the interaction, meeting a regulatory requirement to ensure customers are not ‘led’ into making payments they can’t afford. It provides a perfect platform to regain people’s trust, and uses technology to empower customers. It shows how, by focusing on the outcomes delivered for humans, it isn’t technology for technology’s sake.

And when the customer does call in, software from Nuance Communications can detect the customer’s emotional state using the same underlying technology that’s being built into cars, using face and voice recognition technology to identify driver fatigue.

One area in which AI has raced out of the blocks in financial services is flagging financial scams, money laundering and fraud. While a spate of large fines, such as HSBC’s $1.9bn fine to US authorities for “poor money laundering controls”, is driving adoption, the business benefits are more than just compliance. HSBC has partnered with an AI startup to automate the compliance process and reduce the volume of ‘false positives’ by 20%. This has led to an uplift in customer satisfaction (as fewer transactions were interrupted) and a reduction in the number of reviews required by HSBC staff.

In addition, with a surge in cyber attacks, ieDigital has collaborated with the Centre for Secure Information Technologies (CSIT) at Queen’s University Belfast, to develop AppSensorFS.

AppSensorFS provides real-time application-layer attack detection and response. It constantly monitors and analyses customer behaviour using machine learning to build a picture of typical usage, thereby helping to intercept unusual or suspicious behaviour. As it learns, it will add more sensors and more responses. In other words, the more suspicious activity it sees, the more data it has to fight crime.

While it may be easy to envisage call centre functions being replaced by AI, it’s harder to see it displacing creative work. However, blogger Yury Vetrov describes AI as “an exoskeleton for designers”. He tracks how algorithm-driven design tools have been used to construct the UI, prepare assets and content, and personalise the user experience. One of the most commonly cited examples is how Airbus used generative design to create a better partition for its A320 Jetliner. AI software designed a new partition between the galley and passenger compartment that was 45% lighter (estimated to save 500,000 million metric tons of carbon dioxide annually), no more than an inch thick, and strong enough to anchor two seats.

At this stage, AI is more of an assistant than replacement to the product designer; a term sometime dubbed ‘cobots’ (collaborative robot). However, it’s quickly becoming a building block to modern software and application design.

Many firms claim that their tech is AI, but just because it has an algorithm doesn’t mean it’s AI. Too many organisations have pursued moonshots. By hyping these efforts, then failing at them, they’ve cast wider-reaching doubt on the power and potential of AI.

This article hopefully demonstrates that the AI phenomenon is everywhere. And by breaking down your business problems into discrete parts, you can use it to solve narrow and focused use cases, while learning about, adapting and starting to trust game-changing technology.